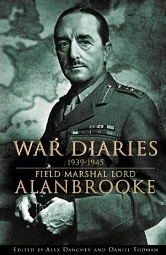 An astonishing, ruthlessly honest diary of the most senior British soldier of WW2, and the man who repeatedly – daily, even – dissuaded Churchill from his madder ideas & impulses. It’s a proper diary, this; an unfair, uncompromising, unvarnished receptacle for late night venting. It’s also particularly fine on the loneliness of command.

Brooke was a brave man, not least in standing up to Churchill, with whom he clearly had an intense, fraught, symbiotic relationship. At the very least it’ll change your perspective on Churchill, in my case both for better and for worse.

Fate Is The Hunter, by Ernest K. Gann 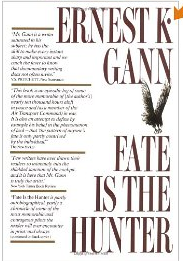 I strongly suspect it was Max Gadney who, many years ago, put me onto this memoir of flying commercial and transport aircraft in 1930s and 40s. Whoever did, I thank, for this is an extraordinary, atmospheric love affair with flight, told in a unique style combining American bravado with French spiritualism. Think Antoine Saint-Exupery meets Chuck Yeager. The author knows he is lucky to be alive,  and his relish for living lingers on as a healthy tang long after you close the book.

The day after I started re-reading it, I noticed a 2011 reprint in a bookshop in Ledbury, of all places.

Grayson Perry: Portrait of an Artist as a Young Girl, by Wendy Jones 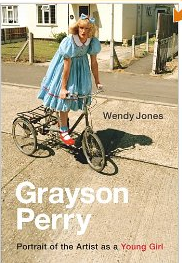 A Christmas present from my gorgeous designer wife following our visit to Perry’s ‘Tomb of the Unknown Craftsman‘ exhibition at the British Museum. It’s a frank, tender, often hilarious account of Perry’s chaotic upbringing, featuring deeply dysfunctional parents, his emerging transvestism and, as so often, the inspired intervention of a teacher. All set in deepest, darkest 1970s Essex.

Even if you don’t like his pots, or art, read this to understand why some straight men wear dresses.

The Forgotten Soldier, by Guy Sajer 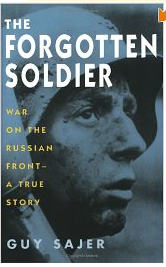 Max Gadney would definitely recommend this one, not least as the definitive ‘there but for the grace of / isn’t this duvet warm and cosy’ war memoir.

The offspring of a French father and German mother, the 17 year old Sajer joins the Wehrmacht barely speaking a word of German, and  duly spends three horrific years as a private fighting on the Eastern front.

A chilly, chilling reminder that ordinary soldiers fight, kill and die not for the honour of their regiment, their army, or even their country, but for the love of their mates.

One thought on “Reading, and re-reading”